MUSIC IN FILM with LIAM BATES 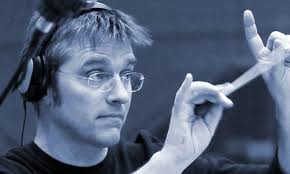 Awards include a Promax World Gold Award for Best Original Music for his score, Part of Life, an IFTA nomination for Earthbound and a World Soundtrack Award for his film score Last Passenger.  Liam is regularly engaged as an arranger and conductor both in the concert hall and in the recording studio, working with Pete Townsend, Nancy Gustavson, Luciano Pavarotti, Bon Jovi, Meat Loaf, Bryan Adams and Dave Stewart.  Currently Liam is composing the music for Noël, a new musical which he is creating with author Eoin Colfer. It will be premiered in December at the National Opera House.

When: Sunday 11th September at 4pm till 5pm 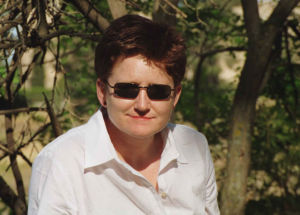 Originally from Dublin, Helen trained and worked as a freelance focus puller in London from 1990 to 2005. Her long association with Kilmore Quay inspired her to write this short film Razor Fish. Razor Fish Starring Brenda Fricker, Music score Liam Bates from Kilmore Quay. Set in a fishing village in Ireland, Molly faces divorce after thirty years of marriage.[Film is being shown downstairs after the workshop.

When: Saturday 10th September at 5pm till 6pm

7.30pm Official Opening of Festival by guest of honour, Filmmaker Els Dietvorst
Els Dietvorst is a Belgian artist and filmmaker who lives and works in Duncormick, Ireland. She is an artist whose work focuses on communication, collaboration and social conflicts.
She often returns to anti-utopian themes such as the outsider,the human condition,the symbolic prison.
In her long-time film projects she works in non-places and socially contested sites where she collaborates with the people who host/inhabit these places. As well as film, she uses other media like drawing, writing and sculpture.
Her work has been shown and supported by well known Art institutes and festivals such as the Kaaitheatre, Brussels, Kunstenfestivaldesarts, Brussels, Museum of Modern Art, Antwerp(B), and BAK, Utrecht. Els work was also shown internationally in New York, Utrecht, Casablanca, London and Vienna.
In september 2015 she was selected for the Moscow Biennal of Contemporary Art.

9.00pm After the screening of Atlantic we will be having a Post Film screening talk
Speakers include Director, Risteárd Ó Domhnaill  with Seamus (Jim) Flaherty, Fishing Fleet Kilmore Quay
and Damien Tiernan RTE

While the Workshop is free, private message the Elephant Collective facebook page as numbers are limited to the first 12.

A bus will leave Wexford train/bus station at 11am and return from Kilmore Quay at 4pm. Also free…

2.10pm  After the screening of Picking up the Threads we will be having a Post Film screening talk
Speakers include Film Director Anne Marie Green and Jo Murphy Lawless, Sociology Dept.TCD, Mary Smith, Activist and former midwife and Claire Daly TD.

6.20pm After the screening of Razor Fish we will be having a Post Film screening talk
Speakers include Director Helen Williams.

9.00pm After the screening of Everyday Rebellion we will be having a Post Film screening talk
Speakers include Ailbhe Murphy, Director at Create-Ireland.  Brian Hand, Artist, Activist, Lecturer at Carlow IT.  Sean Millar, Artist Producer & Brian Fleming, Percussionist and Producer.

12.00pm Suprise Film, Here is an opportunity to see a pre-launch showing of a new film by Irish film makers.
Looking into an aspect of modern life that affects us all … with some surprising consequences.

3.30pm After the screening of Life is Waiting we will be having a Post Film screening talk
Speakers include Lagdaf, Salek  from the Western Sahara.